Hosea reclined on pillows after adding wood to the fire. He had taken the children to spend the night with their grandparents, after he burned their dinner. Pain and anger weighed heavily on his heart, as he sipped some wine, while waiting for Gomer, his wayward wife, to return home. Finally, after many hours passed, he heard the light sound of her footsteps as she discreetly entered the house with her shoes in hand.

“Shouldn’t I be asking you that question? How long will you play me for a fool, Gomer?” Anger coursed through his veins, as Hosea thought of the many nights she had disappeared, leaving him to care for their children.

“Hosea, my love, what are you talking about?” Gomer leaned over him, caressing his arm seductively.

Hosea’s fury knew no bounds, as he looked from her mussed hair to her breasts spilling out of her gown. He even smelled the scent of another man on her, despite the burnt odor from dinner that still hung in the air. “Enough Gomer! I can’t continue like this.” Rising from the cushions, he grabbed her arms, moving her away from him. Gomer looked up at him, dumbfounded. It wasn’t like Hosea to be angry with her.

Swiping his hand through his hair, Hosea walked away from her, stooping to stoke the fire, as He prayed to Elohim for strength. When he had regained his composure, he turned to look at Gomer once again. “Gomer, I have loved you with a love that will never let you go. Even now, despite the fact that you carry the scent of another lover, my heart doesn’t want to let you go, yet I can no longer live like this. Lo-Ammi isn’t even my child, and who knows if Jezreel and Lo-Ruhamah are mine? Still, I loved you and your children as though they were mine.

“Yet, never content with my love, you chased after other lovers, always playing the harlot. Did you think I didn’t know or care?”

“Hosea, what do you want me to say? That I’m sorry and it will never happen again? I can’t do that. You knew what I was when you married me,” Gomer’s eyes flashed defiantly. “I never asked to be the wife of a prophet. You asked me, remember?”

“Silence!” Hosea shouted. “Leave my house! Go and chase your other lovers. See if they still want you, now. You will run after them, but they will use you and reject you.”

“You have no things! Remember? You came to me with nothing, not even a dowry. It was I who clothed you and gave you gold and silver. Leave with nothing but what you came here with, harlot!”

Lifting her chin up, Gomer stomped to the door, slamming it behind her as she left Hosea and her children.

This is a small part of a book that I’m writing, called A Love That Will Never Let Me Go, loosely based on the bible story of Hosea, the prophet who married a harlot. This story is an allegory of God’s love for His people, despite their wandering hearts.

I’ve also submitted it to the YEAHWRITE.ME fiction/poetry #195.

11 responses to “A Love That Will Never Let Me Go… Enough!” 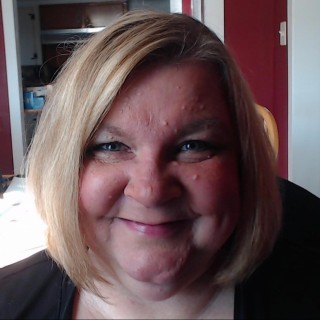 Darkness Will Not Overcome